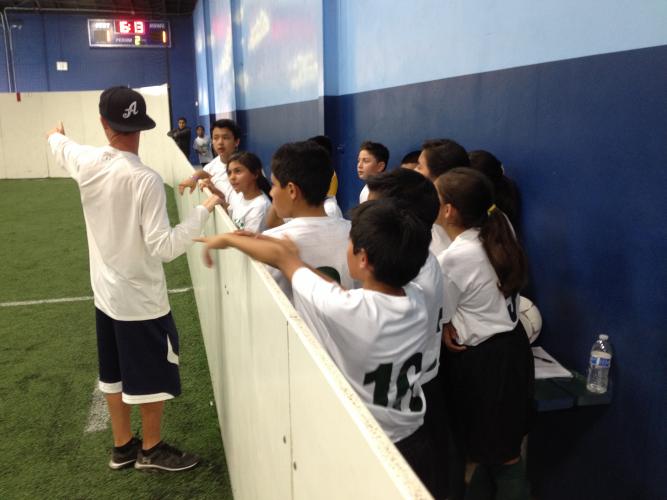 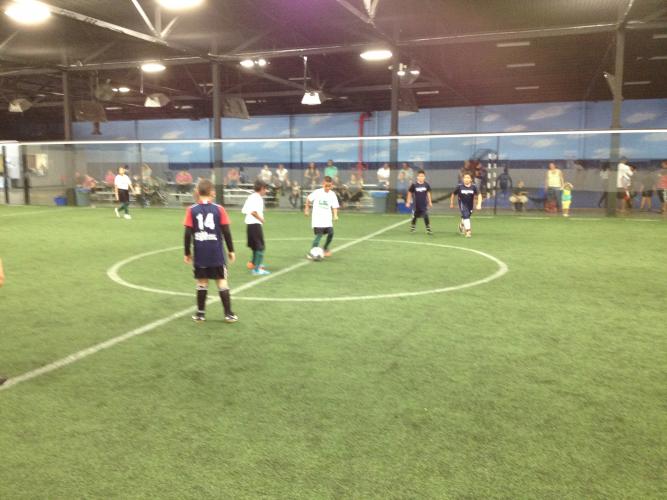 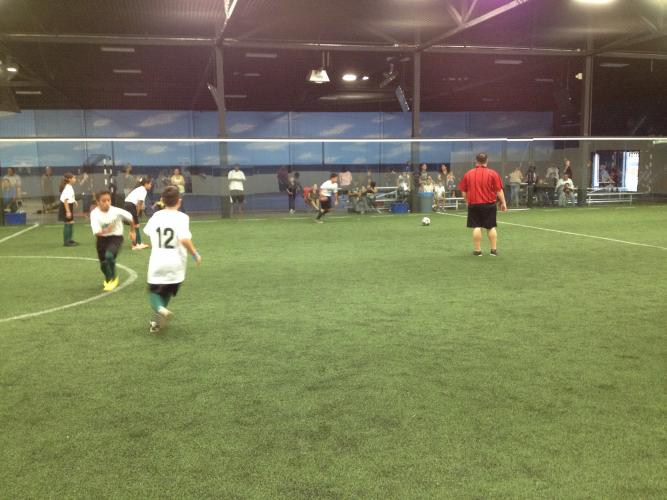 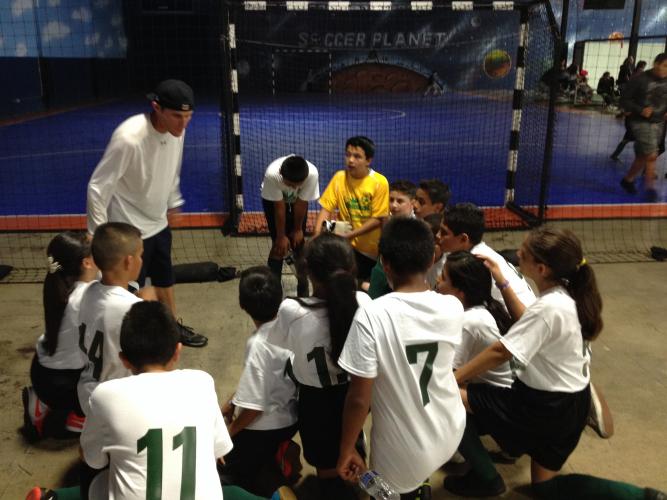 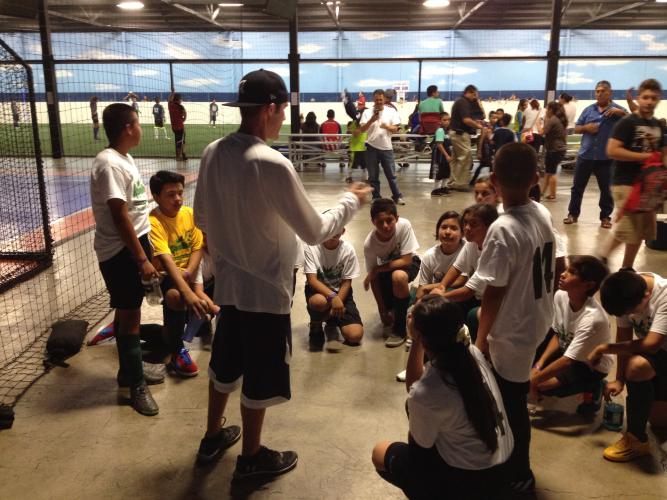 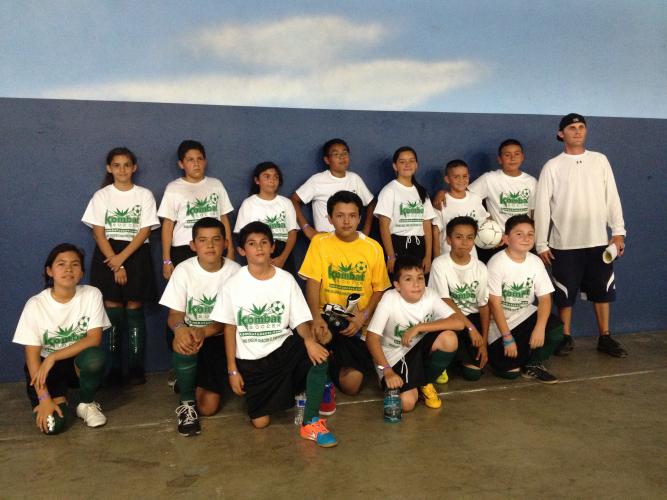 The Chacon indoor Soccer team has concluded it’s first season of competition.  After finishing the regular season with 4 wins and 2 losses, we were rewarded with the opportunity to play in a four team tournament with the other top three teams.  Making the playoffs was a great accomplishment in itself for a 12 team league.

In our first playoff game, we were matched up against Peter Burnett Elementary School, a team that we had lost to earlier in the season by 1 goal.  This game proved to be even more intense as it was tied at the end of regulation, sending the game into overtime.  After two rounds of overtime the score still remained tied, sending the game into penalty kicks to decide the winner.  In the penalty kick period our goalkeeper Andres Ochoa stopped two out of three shots, including a great save on Peter Burnett’s final attempt.  Emanuel Rodriguez and Alejandro Hernandez both scored on their PK attempts leading to a one goal victory for Chacon.  This win led to a spot in the Championship game against undefeated Nicholas Elementary School, immediately afterwords.

All in all, the indoor soccer league was a great experience for all involved.  Finishing 2nd out of 12 teams in our first year of competition was quite an accomplishment.  We look forward to building on this success in future seasons.

Back
This item appears in: